Bush Sisters’ Letter to Obama Sisters: A Bright Ray in the Darkness

It also made me think.

It touched my heart because, no pun intended, I found it to be a very “sisterly” thing to do. In it, Barbara Bush and Jenna Bush Hager reach out to Malia and Sasha Obama just like two older sisters might reach out to their two younger siblings.

In a way, they are siblings because they share the Sisterhood of the White House, so to speak. The Bush sisters know exactly what the Obama sisters have experienced in the past eight years, and they also know what they’ll experience in the next eight years. In that regard, they offer their loving understanding and advice. They also offer support, encouragement, and confidence in their younger “siblings.” The letter is beautiful, and I hope you read it in its entirety.

When Malia and Sasha Obama moved into the White House, Barbara Bush and Jenna Bush Hager left their jobs in Baltimore and New York in order to greet them and show them around their new home. Not only did they show them the historic rooms in the house, but also showed them how to slide down the banister of the solarium as they had done as eight-year-olds.

“We saw both the light and wariness in your eyes as you gazed at your new home,” they noted.

They reminded the Obama sisters that, “Through it all, you had each other. Just as we did.”

There’s another aspect to the letter that I like very much as well.

It gives  insight into what it’s like to be the child of the President of the United States. I never really thought about it before reading Barbara and Jenna’s letter. The Bush sisters write about what it’s like to move to a new – and very public – home and to meet complete strangers who will suddenly become part of their daily life.

They write about how their fondness grew for these strangers – everything from being greeted for the first time by the White House florist to having Secret Service personnel accompany them on first dates, an engagement and a honeymoon. The White House florist, Nancy, helped the Bush girls make floral bouquets for their grandparents (George H.W. Bush and Barbara) and did the flowers for Jenna’s wedding 20 years later.

Barbara and Jenna urge Malia and Sasha to appreciate not only what they’ve endured as children of a US President, but also to appreciate all that they’ve been given. Their travels with their parents opened their eyes to new people, cultures, and ideas.

“Take all that you have seen, the people you have met, the lessons you have learned, and let that help guide you in making positive change.” they said.

In the letter, Barbara and Jenna acknowledge the membership of Malia and Sasha into what they call a “rarified club” – Former First Children. They end the letter with words of  admiration and encouragement and sisterly solidarity.

“You have lived through the unbelievable pressure of the White House. You have listened to harsh criticism of your parents by people who had never even met them. You stood by as your precious parents were reduced to headlines. Your parents, who put you first and who not only showed you but gave you the world. As always, they will be rooting for you as you begin your next chapter. And so will we.”

In what’s been a hotly-contested and often hostile election season, I see the Bush sister’s letter tot he Obama sisters as a bright ray in the darkness. In a climate in which party affiliation has become criteria for love or hatred, two sisters crossed party lines, rose above the conflict, and reached out to two other sisters in understanding, compassion, and kinship.

For the past year or so I've been waiting for a particular door to open for me but it just wasn't happening. It seemed as if just about everyone else I knew was having doors thrown wide open for them left and right. But not me. When would my turn come? 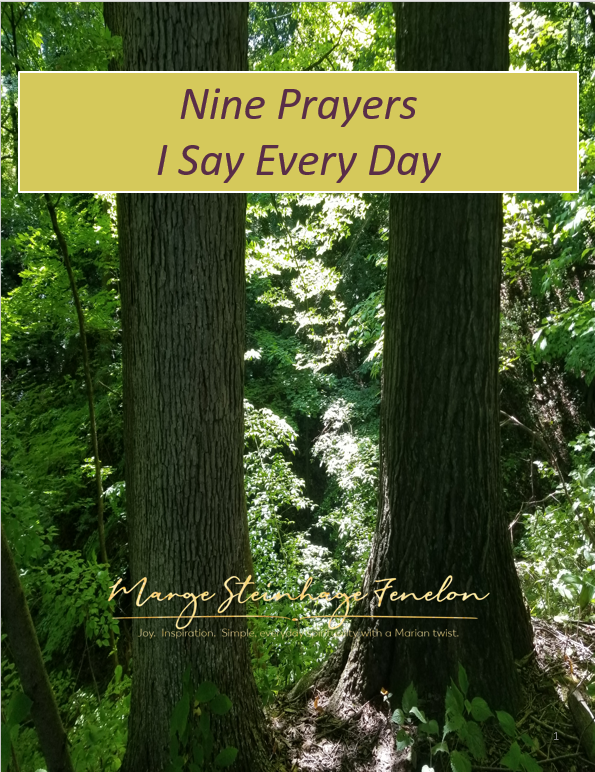